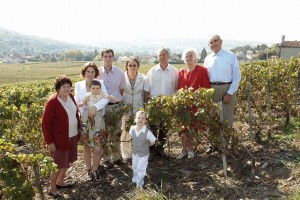 In 19th century, Paul BIJOTAT native of the Central France gets married to Hélène Robert from wine grower’s family of the Valley of the Marne. They settle down to Romeny on the Marne and produce some white wine.

Their son Maurice gets married Eliane Houdrichon, the consumption of the champagne becomes more democratic and the first bottles of the champagne Maurice BIJOTAT are then produced and marketed directly from the Romeny wine cellar on the Marne.

In 1982, their son Bernard gets married to Fabienne Delalande, and then receives from his parents vineyards of Romeny. Thus was born the champagne Bernard BIJOTAT.

Since then the Family House of Champagne region does not stop developing. Sebastien BIJOTAT, joined the exploitation of his father in 2003.
In 2013, the exploitation grows with the purchase of 2 plots of land in “la côtes des Blancs” in Etrechy, classified 1er Cru. Which allows the elaboration of the vintage ” Premier Cru Blanc de blancs” wine.
Today, Bernard and Sébastien take care of the culture of vineyards and the elaboration of all the Champagnes of the Maison BIJOTAT.
Fabienne and Pauline (Sébastien’s wife) are in charge of the commercial part in the cellar and the development of the professional customers in France and abroad.
The very young 5th Generation: Clément and Valentin BIJOTAT soak in this spirit.

Anectote : Sébastien was part of the 3 finalists of the competition ” Jeunes Talents du Champagne 2016″ in the category “assembly” with the vintage ” 3 Vines “. 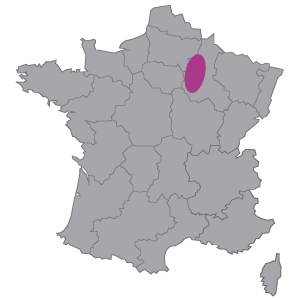