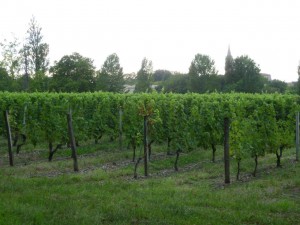 Originally, there was the passion …. born in 1906: at the beginning, no question of inheritance or heritage for Jules Haverlan. Born in Arras, where no wine is produced, Jules Haverlan makes a crazy choice: become a winemaker. He abandons his northern region, marries the South West and buys in the Virelade area: Château le Bourdillot.
Its choice will be the good one : We find this property on a map dating from 1818 which was part of a set whose owner of the time was the Comte of Lych (family Lynch Bage), lord of Coulon Domain.
This is where the history of the Haverlan Vineyards will starts.
Then comes Jules’s son, Paul, who works the vine with the same passion but rich of the experience of his father …
Finally, Louis, the third generation … chosen for the work of the land among the six children of Paul. Later, willing and passionate, it will enlarge the property and will be the first one to slae wine in bottles on Portets …. Portets?  Yes ! In 1956, he married, Thérèse Laconfourque, herself daughter of owner trading in the neighboring village: Portets. Her family also owns a property in the Graves: the DOMAINE DES LUCQUES. Later, they both inherit the Château Le Bourdillot and the Domaine des Luques. The vineyards Haverlan grow …. The two Graves will be vinified and raised on the property of the Domain of Lucca.
Patrice will take over the torch of the Haverlan Vineyards in 1986, 80 years after his grandfather Jules.
Since then, he has not stopped developing the family vineyards.

Valuing remarks: Four generations devoted to the Bourdillot, more than 100 years of history. 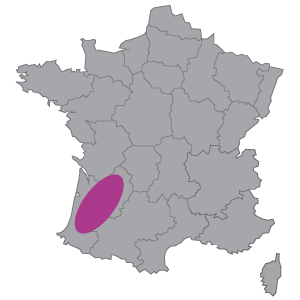